The origin of the Engineering Sailing Cup reaches back to the birth of the Engineering Challenge Cup ( refer to www.ecc-sailing.com) which was originated by Eugen Gotter, Lothar Hasenöhrl, Rainer Wittrien, Jürgen Arnold, Peter Müller and Arno Hemm in 1993.

In the Gulf of Athens this crew won the six days “Brezel Race Regatta” organized by Eddy Fröhlich, governor of the bakery association of the Salzburg region, Austria.

The first Engineering Challenge Cup (ECC) was organized by Arno Hemm in April 1994 and guided the fleet around the island of Majorca. From year to year the ECC fleet increased steadily from 4 to 70 crews which met once a year for one week at a defined location in the Mediterranean sea. As this regatta was based on the slogan “Sail and Fun” the attraction was so great that over the past years the number of participants had to be limited to max. 70 yachts. Beside this the organization efforts and requirements increased in the same way. As the number of locations in the Med was reduced by the size of such fleet ten skippers decided to set up a smaller more familiar event in May 2008. This event was called Engineering Sailing Cup ( ESC ) . The first ESC was held in Majorca again in April 2009 and as a 15th anniversary to the first ECC the route of 1994 was repeated Around the Island of Majorca.

Within the ESC community there are several participants of the first ECC as there are ( from left to the right ) Eugen Gotter, Manfred Deutsch, Arno Hemm, Jürgen Arnold, Peter Müller, Wolfgang Möller and in front Duncan MacPhee, Margot Gotter and Dennis Nunn. 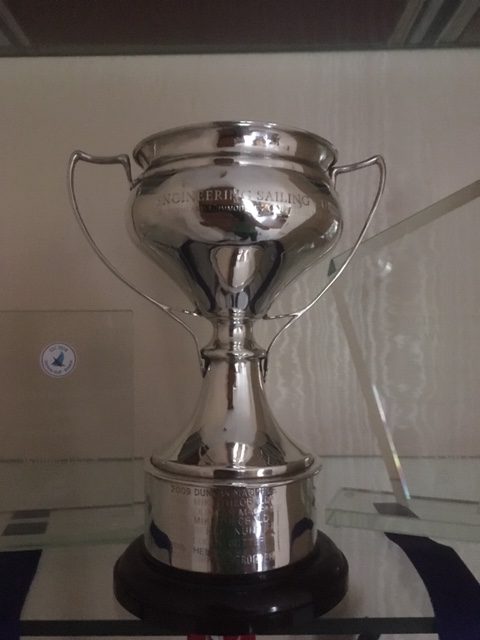